It's been three years since the band's last album, Cellex, was released, and there have been a number of personnel changes since then, with Luna taking up vocal duties, Arne the drums and Maria the Guitar. I remember hearing Maria playing with an all-girl band many years ago and they blew me away, so the prospect of her joining the Narcotic Daffodils was exciting. As before, the bass is supplied by the inimitable Flupke with Simon providing Sitar and keyboard licks on the Hammond.

Any fears that the new lineup have lost the spirit of the old are quickly dispelled by the opening and title track of the album, Summer Love. Gilly Smythe, Gong# style, whisper-voices draw you in before Flupke's bass kicks in with the Hammond, underpinning, proceedings. The song ends with a melange of Sitar and synth, underlining the fact that the Narcotic Daffodils are back with a bang and mean business.

#As an aside The Narcotic Daffodils are on the same bill as Gong at the Festival Prog-résiste in Soignies on April 22nd.

This song was written by Flupke about a fan of the band, who always went BIG at their concerts, rocking out 110% without the aid of drink or drugs and totally into their vibe. Naturally high on the music and the spirit of the band.
I can definitely relate to that.

3. Guardians
Guardians kicks off with a low down dirty organ sound, reminiscent of Gimme Some Loving by the Spencer Davis Group, and sees the band dipping their toes into the sort of distorted reality they have dabbled with in the past, with tracks like Weathered on their previous album, a swirling maelstrom of sound that sucks you in, spins you around and spits you out. Groovy!

4. Hypnotized
This one reminds me a little bit of the Kinks. A song about a Flower Power Man, a real hippy Superman, travelling around the globe spreading love and joy. I think the world needs him today. Lovely stuff.

5. You Can't Get
Some nice harmonies going on here, like a Gregorian Chant on acid. This song features the albums-only Hammond solo, and it's damned fine. There's also a lovely solo from Maria, a fluid sound that mixes seamlessly with the vocals.

6. Bruxelles
Sung in French and Flemish Bruxelles is the band's love song to the Belgian capital, with the haunting sound of the city's Metro floating over it all backed by some more excellent keyboard work from Simon.

7. Atomic 53
Atomic 53 is based on one of Maria's riffs.  Atomic 53 opens to the sound of sitar and is a nice slow burner, grooving into the kind of sound you can see yourself head banging to at concerts, the kind of song you never want to end. Great vocals too and the perfect way to end the album.

I think that Summer Love is a less diverse album than its predecessor, but is a much more cohesive album overall.

The world is a strange place at the moment, slipping back to a darker, more dangerous time, when Nationalism and xenophobia were on the rise and ignorance was king. The new Narcotic Daffodils album also turns back the clock, but to more enlightened times, to the days of Woodstock, the days of Janis & Jimmy and the summer of love. The perfect antidote to today's news.

Flower power has returned once more and the Narcotic Daffodils are blooming again, a cause for celebration. 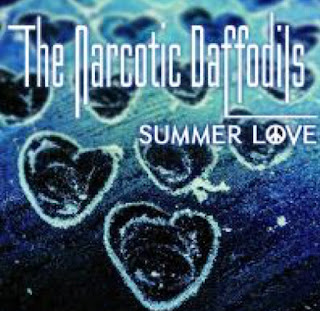 August 05, 2012
Ingredients 115g plain flour sifted 1 medium free range egg 150 ml milk 1/2 tsp cream of tartar 1/4 tsp bicarbonate of soda 1 tsp golden caster sugar melted butter for greasing Making the batter Sift the flour, cream of tartar and bicarbonate of soda into a bowl and stir in the sugar. Add the egg and slowly stir in the milk. Beat until smooth. Cooking the pancakes Heat up a griddle or frying pan for at least 3 minutes to get hot. Smear with a little melted butter using a paper towel. Pour in 4 lots of a tbsp of the batter mix. After a couple of minutes large bubbles should appear. Flip them over and cook for about another minute. Eating Serve warm with bacon and maple syrup, clotted cream and jam or whatever floats your boat. Yum!
Read more 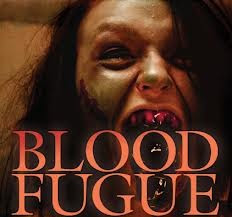 Books are like Christmas Dinners, some you struggle to finish, with those last couple of Brussels Sprouts staring their defiance at you from the dinner plate, while others are gone in the blink of an eye, leaving fond memories of juicy morsels and wondrous tastes. In the case of Joseph D'Lacey's Blood Fugue you are presented with a smorgasbord of horror & are left wanting to lick the plate clean. A potent mix of blood, sex, ancient mythology and sex, it contains scenes that will burn themselves on the retinas of your mind like staring into a nuclear firestorm. Reading Blood Fugue is like watching John Carpenter's The Thing on acid, with a liberal sprinkling of WTF moments along the way. At its heart Blood Fugue is a vampire story, with its main protagonist, James Kerrigan, battling the forces of darkness against insurmountable odds. No easy feat when he's afraid of the dark. But this is Vampirism as its never been done before, and the plot hints at a huge mythos, b
Read more

The 100 Best and Absolute Greatest Heavy Metal Albums in the World, Ever.

As I've just about completed my collection of 100 CDs culled from Jacelyn Bond's damn fine book, and bastard of a charade title, The 100 Best and Absolute Greatest Heavy Metal Albums in the World, Ever , I thought it was about time I blogged the list to aid anyone else who wants to make their world a little heavier. Collecting the albums has been a long strange trip through the annals of rock history and taken me through classics by the likes of Sabbath, AC/DC and Deep Purple to Scandinavian Death Metal. Yes the choices are debateable but the book is a great way of discovering some wonderful music to headbang like a maniac to. It's got some notable omisions too, in particular a certain Black Country band who most would argue are the greatest rock and roll band of all timel and who cast a giant blimp shaped shaddow over the genre. In addition to the 100 albums I've also listed the other albums by the bands concerned that the book says are worth getting, so if any of
Read more